Explanations To Being A Man

There is a side of everyone that want others to understand their rational of doing things.

When you mention that you watch Desperate Housewives late into the night and your friends give you that look, you attempt to explain to them why the show is so addictive. When a cute girl caught you gleefully digging your nose, you try to explain to her that the itch was impossible not to relieve. Or when your mom ask you why you are not going home for Christmas dinner, you explain that you have too much work to finish.

The other side of this is that people expect and even demand explanations when others do not comply with what they expect of them. It can be the way they see the world, the way they perceive etiquette, the way they expect a 20 year old to behave, or even what should be consumed when the weather is cold.

This is pretty interesting when you think about it. Because it means that we give explanations to others to seek the acceptance of others even when we know that the way they see the world is very different from how we do. No 2 people can see everything in the world in the same way… unless they are 2 of the troopers you see in StarWars of course…

Why does anyone want approval from other people who doesn’t matter to them anyway?

Most people feel obligated to offer an explanation when it is asked for. It is something that we react to instinctively. Women are aware of this and very often uses this concept to gain the upper hand on men.

I was chatting a a woman I’ve just met. During our initial conversation, she went on about how she thinks about me not putting up my picture on Instant Messenger. In other words, she fully expect me to explain myself which will automatically frame her as the authority. If you pay enough attention to this, women does this all the time to establish their sexual authority over men. Women instinctively understands the game way better than men.

A newbie who has had little success with women will most likely go about trying to explain himself. That is just playing into their hands.

If you really think about this, why would a real man who is fully comfortable with himself and feels that he does not need to please anyone will even bother with such questions with an underlying intent from women. This is not being crazy, you just know it when the intent is there. You can feel it like you can feel sexual tension.

This takes us back to the old age problem women complain about men – men don’t communicate. That is just a justification excuse from women who demands to be the authority in their relationships but are unable to do so because their men are TOO MANLY. You don’t want these power-centric women in you life anyway.

Because women are so used to men explaining themselves to women, it has become part of how they are wired in their thought process. They expect men to explain themselves for every little thing, even why they chose black coffee over white coffee. So when you don’t find a need to explain your every little behavior to women, it totally scramble their minds. This can be visually evident. Especially when she becomes speechless.

Why would you need to seek approval from women by explaining yourself? She is not even your girlfriend. Don’t make explaining your pill for a quick fix on your need for approval.

A strong quality of being men is the lack of a need to explain what he does.

If you run your own business, would you feel a need to explain the reasons of declining sales to your staff?

So next time when a woman wants an explanation from you, think about whether you really have a need to explain yourself to her. You don’t have to do it especially when the sole purpose is to stroke her already inflated ego. By being your own man, not only will she get wet from an instinctive attraction to you as a man, you will also exert more authority in your relationships. 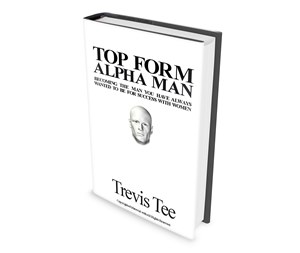